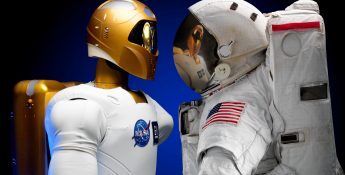 The concept of artificial intelligence humanoids taking over the world has been a recurring theme in science fiction movies for decades, and with recent advancements in AI, particularly deep learning, the fears are becoming even more real. But should we be scared?

Before you jump out of your seat and run for the hills – and stop reading this post – no, you should not be scared. What you should be is excited for what the future has in store and the ways in which mundane tasks can become increasingly automated over time while humans themselves focus on work that’s more challenging, growth-inspiring, and exercises the mind.

One thing that’s comforting to us that not many people talk about is how artificial intelligence is heavily reliant on humans, especially if we wish to someday reach the holy grail: artificial general intelligence. The Human-in-the-Loop (HITL) process plays a big role in this by forming a true marriage between man and machine where individuals use their subject-matter expertise, behaviors, unique thoughts, etc. to continuously teach various models to think and perform like they, as a human, would. It’s really cool stuff when you sit back and think about it.

However, many people are still scared of what’s ahead. According to a study published by the Pew Research Center in October of 2017, “Americans generally express more worry than enthusiasm when asked about these automation technologies. Most prominently, Americans are roughly twice as likely to express worry (72%) than enthusiasm (33%) about a future in which robots and computers are capable of doing many jobs that are currently done by humans.”

Through our journey over the past few years focused on building deep learning ecosystems for customer experience management, social media analytics and more, we’ve found that one of our best assets is people themselves – those who know their space and needs inside and out. These subject-matter experts, such as a person that’s spent 20+ years dedicated to providing customer service for a company, add huge value to an ever-evolving knowledge base that lives on far beyond their retirement.

In a nutshell, I’d look at artificial intelligence as something that augments humans not replaces them, and we should be welcoming advancements in technology with open arms. Imagine making business decisions not based on a few people in the room, but instead thousands of years of combined experience from people that have dedicated their lives to the company. That’s what our team has been working on in the shadows.