What 15 Years of Social Media Research Taught Us 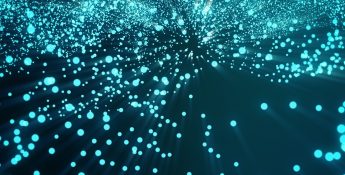 With most things in life there’s a learning curve whether it be riding a bicycle or becoming a lawyer, and there’s a point where the haziness subsides, the sun comes out, and you can bask in clarity. After studying social media for the past 15 years, which has been both a challenge and an adventure, it’s exciting for me to be using that experience to lead the Soteria Intelligence team. Here’s what I learned over time.

Smoke and Mirrors Everywhere
Though social media is intended to be honest and friendly, it’s far from that. People represent themselves how they wish to be portrayed, not necessarily who they actually are, by the content they post as well as what they say and do. This becomes a challenge when looking to extract true intelligence from social media, but it’s the nature of the beast.

Works Today, Not Tomorrow
Social media is an ever-evolving world that moves at lightning speed, and it’s important to note that certain things may work today, such as a tactic to boost engagement or an influencer that’s driving tons of traffic to your site, though nothing lasts forever and you must plan for such.

Anything Can be Gamed
Similar to what I mentioned about smoke and mirrors, it’s also important to realize that anything can be gamed, especially when it comes to social networks that are powered by algorithms. Curious folks like myself enjoy figuring out what’s under the hood, and some do that for malicious purposes or to unethically boost content that’s inappropriate and violates the policies of social networks.

Analysis to Paralysis
Everyone from marketers and PR firms to corporate security teams and even law enforcement are trying to find better ways to understand conversations on social media, and after focusing on social media analytics for the past 10 years (since the rise of Facebook, Twitter, etc.) I can say that most individuals and organizations suffer from the dreaded analysis to paralysis condition. They’re sold on deeply analytical tools that provide a million data points on every user then they’re stuck trying to make sense of everything.

When I look back and think about the social media industry as well as what lies ahead, I realize that the party has only just begun. And the next song to play will surely mention artificial intelligence in the chorus.