The X-Files Highlights Fears of Artificial Intelligence in Recent Episode 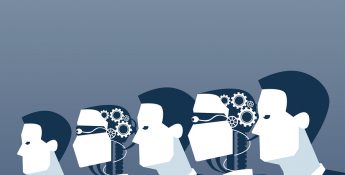 If you don’t live under a rock you’re probably familiar with (and hopefully a fan of) The X-Files, and in a recent episode, titled “Rm9sbG93ZXJz,” common fears of artificial intelligence (AI) were brought to light beginning with a dark yet true story about Microsoft’s AI chatbot that launched in 2016. “Tay” was designed as an experiment to better understand how humans interact on social media but quickly became offensive, racist, and hateful, which led to her complete shutdown.

The episode then shows Mulder and Scully sitting in a fully autonomous sushi restaurant hoping to enjoy a tasty dinner, but when Mulder’s meal arrives it’s an ugly, whole fish. They both laugh it off, try to pay without leaving a tip and go on with their night. But that’s where things get fishy.

Through a series of events, the duo realize that AI isn’t just powering the restaurant, but the entire “smart” world they live in, which begins to take revenge for them not leaving a tip.

As Gizmodo so eloquently summed up, “This leads to both Scully and Mulder being terrorized after they part ways; Scully’s reckless, driverless car service, with its faux-friendly emoji interface, is particularly alarming. Once they’re home, the attacks increase. Mulder, the more lo-fi among the two, gets off pretty easy when he’s menaced by an aggressive fleet of drones. Scully (whose house is way nicer than Mulder’s, a fact he indignantly points out while we’re left to wonder if this is really the first time he’s been to her place?) sees her well-appointed smart home turn on her, in a nightmarish scene that’s straight out of Mr. Robot.”

The fact is, nightmare scenarios like this are what many fear about AI as well as it taking over peoples’ jobs, but in reality that’s far off. At least we hope.