The Role of Artificial Intelligence in Driving Business Decisions 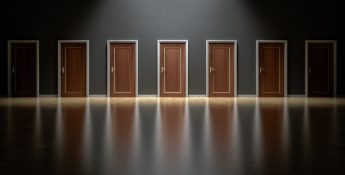 The world is changing quicker than you can imagine with artificial intelligence taking over all aspects of everyday life, including driving a wide variety of business decisions ranging from gathering insights before developing new products to identifying issues that need to be addressed ASAP.

What’s most interesting is that even though the concept (and early iterations) of artificial intelligence (AI) has been around for decades, it wasn’t until the last 5 years or so that real strides were made. And because of that, the hype is real but knowledge surrounding the topic is limited.

For example, sometimes we’re asked about the difference between artificial intelligence and business intelligence, but in reality that’s like comparing apples to oranges – the two are totally different disciplines and therefore cannot be compared. However, they are in fact related and there’s a magical recipe for them to work hand in hand.

Here’s the big question: What’s the role of artificial intelligence in business? In a nutshell, imagine having an AI solution that learns from millions of data points, including input from humans/employees, that develops a level of intelligence greater than any one person or team of people. In essence, you create an ever-evolving foundation that continues to learn and deliver increasing value as time goes on.

Ultimately, more manual tasks are replaced with highly intelligent AI systems that don’t replace humans, but instead enlist their help. Below are a few examples of artificial intelligence being implemented in business:

Artificial intelligence is officially here to stay, and companies that aren’t jumping on the bandwagon now will find themselves in a world of hurt later. There’s simply no reason to employ hundreds of people performing mundane tasks if AI solutions can takeover the heavy lifting and offer employees more meaningful, promising positions that fuse their skills with technology. That’s the future.