Social Media Trend: Eating at the Worst Reviewed Restaurant in My City 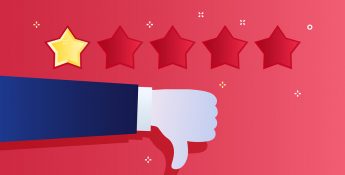 Since day one food has been one of the hottest topics on social media ranging from photos of epic seafood feasts going viral to catchy, colorful foods like bagels and the iconic Unicorn Frappuccino from Starbucks blowing up the internet. However, there’s a new trend brewing: People eating at the worst reviewed restaurants in their cities and sharing their experiences online.

Over the past month YouTube has been flooded with videos showing the worst restaurants in various cities, which is a polar opposite of the past where people were only interested in seeing the best. Taking things one step further, YouTubers are now branching out to create content around the worst reviewed hotels in their city, barbers, and more.

Part of the draw is around seeing how bad/disgusting things can actually be, and also the sliver of hope that such restaurants or other types of businesses aren’t actually that bad. However, though Yelp tends to be inaccurate at times, weighing hundreds or thousands of reviews provides a pretty good indicator of success or failure.

It’s also another sign as to why monitoring social media, Yelp and other data sources (website inquiries, transcribed calls, etc.) in near real-time is absolutely critical for companies that thrive on delivering amazing customer experiences. One negative post from a social media influencer can create a world of hurt, especially if it’s not identified and addressed – then hopefully removed – before it’s amplified.

Here are a few of the most popular videos from YouTubers eating at the worst reviewed restaurants in their cities: