Social Media Monitoring for the Food Industry: The Value of Automated Alerts 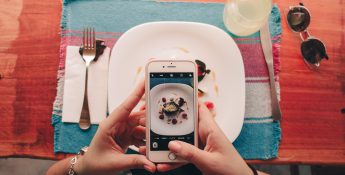 Just as the sun rises in the morning and sets in the afternoon, businesses open shop and close at the end of the day, but when it comes to the food industry people feast on all sorts of goodies 24/7, and because of that the lights are always on. However, many food companies struggle with monitoring social media (things people love, complaints, food safety issues, etc.) during the day and even more so at night when their communications, customer service and marketing teams aren’t in the office. But the times are changing and technology is leading the way.

Having been in the food space for many years guiding companies ranging from food startups that have grown into international brands to established global food companies, Michelin-starred restaurants and being foodies ourselves – we get it. The food scene is complex and when people aren’t happy the first place they go to voice concerns is social media. But if you’re a restaurant chain with 1,000+ locations or a popular food brand how are you going to manually keep up? Simply said, unless you’re superhuman, you’re not.

The future of the food industry involves using elements of artificial intelligence (AI), particularly deep learning, to essentially teach computers to analyze conversations on social media better and far quicker than any human possibly could. And in doing so, social media monitoring goes from looking at basic searches that rely on keyword matches known to produce a ton of false positives/negatives to automated, intelligent alerts generated based on a massive amount of knowledge cultivated from user input, industry studies, other forms of historical data, etc.

In a nutshell, think about it this way: Would you rather have a single person reviewing social media conversations to make sense of everything or a blend between man with limited experience and inherent bias vs machine which could have hundreds or even thousands of years of experience gained from many subject-matter experts? We choose the latter every time.

And more importantly, when everyone clocks out for the day and two hours later there’s a major food issue that will soon spiral out of control, who’s there to detect it and do damage control to keep consumers happy? This is where Soteria Intelligence shines.