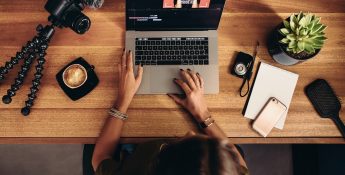 When most people think of celebrities, social media influencers and the entertainment scene in general Los Angeles proper comes to mind, but in recent years Calabasas and Hidden Hills have become magical destinations attracting influencers from around the world for a variety of reasons. But why?

I myself was born and raised in Los Angeles which inherently comes with being tied to the entertainment industry in some way (business, friends, the aspiring actor you met at Starbucks the other day, etc.) and spent many years guiding celebrities/influencers on social media, but in the early days I could never have imagined sleepy Calabasas and Hidden Hills attracting so many social media influencers, particularly live streamers (gamers, etc.) and YouTubers. Before it was always Santa Monica, West Hollywood and especially the Hollywood Hills that young, hip crowds flocked towards.

When I decided to move to the area back in 2010 and Soteria Intelligence later opened an office near The Commons in Calabasas, the neighborhood was still under the radar for the most part, though social media changed that. The mix started to shift from everyday families and conventional celebrities (actors, musicians, etc.) to influencers that bring in more YouTube views in a month than many TV shows see in an entire season. It’s really wild.

Aside from being located a short drive from the beach in Malibu and having a variety of great restaurants (gotta love Sugarfish), local hiking trails, etc. homes in Calabasas and Hidden Hills offer much larger lots than most parts of Los Angeles as well as more privacy. For influencers that often times use their homes for business, having that flexibility is key.

One of the coolest things about the community that’s brewing is how local influencers are starting to collaborate more, expose their subscribers/viewers to other channels with different types of content, and ultimately continue to grow the environment.

I am looking forward to seeing how the West Valley, including Calabasas and Hidden Hills, continues to evolve over time and believe the Warner Center 2035 plan to build a $1.5B mixed use complex in Woodland Hills will drive new businesses and tech to the region – and of course more social media influencers.