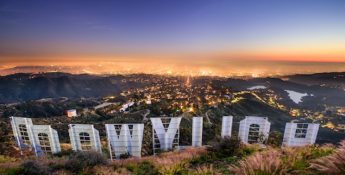 Having grown up in the heart of Los Angeles I’ve had the opportunity to experience the entertainment industry firsthand ranging from childhood friends that became big successes to working in-house for a billion-dollar celebrity brand, and in recent years the industry has seen a few big shifts which I’ll cover in this post.

In the 1990s, the rise of the internet drastically changed content delivery and marketing as we know it, but that also came with major downsides: Piracy was running rampant and many artists/studios were quick to respond, thus resulting in lawsuits. The internet and companies like Napster were more foe than friend.

As the internet became more widely adopted, the entertainment industry realized how valuable the medium could really be and, in 2001, Apple launched iTunes which totally changed the game. All of you old-timers like me probably remember how cool it felt to get the first iPod.

Moving on, once the internet was welcomed with open arms the next and probably most significant impact on the entertainment industry occurred: Social media was born. The mid-2000s was a turning point where Facebook launched, YouTube was created, and Twitter followed suit shortly thereafter.

A few years later, it became clear social media was here to stay and the critical roles social networks will play in marketing as well as content distribution were recognized. In a 2010 article published by BrandChannel.com, titled “Billboard’s Social 50: Music in the Spheres,” I was quoted as saying: “Marketing for the music industry has forever changed, and studio/artist marketing budgets will be proportioned in favor of Social Media; mark my word.” And today that couldn’t be closer to the truth.

But what’s the next step in revolutionizing the entertainment industry? Two words: Artificial Intelligence (AI).

Something you’d typically see in a Hollywood movie like Minority Report or the show Person of Interest, AI has the power to unlock treasure chests of information that, without advances in technology, simply were not accessible.

Using AI-powered technologies, imagine having the ability to train a platform to understand particular shows as well as their viewers. Once a level of intelligence is established, you can then analyze conversations on social media in near real time to detect negative sentiment, certain scenes people love or even signs before catastrophes occur.

The May edition of VideoAge features an article I wrote as the cover story and in the piece I touch on using social media intelligence in the entertainment industry for a wide variety of purposes, including detecting potential threats to celebrities, executives, studios, etc.

At a time when a mix-up during the Oscars spurs death threats aimed at the PwC accountants responsible and similar threats have been made towards actors when their characters did something “wrong” on a show, it reveals how valuable intelligence gleaned from social media is and why it can both empower and protect the entertainment industry.