Artificial Intelligence: The Grass Is Greener on the Other Side 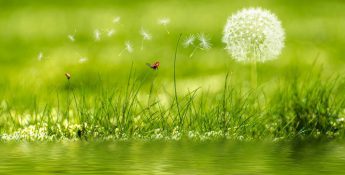 Dating back to the 1950s scientists have been intrigued by creating artificial intelligence (AI) solutions that mimic the human brain, however mythical it may sound, and today we are living in a time when something you’d typically see in a Hollywood movie has actually come to life. And it’s a beautiful thing.

I will admit, and older technology folks can attest to this, for nearly 70 years AI has been an area of research with significant hype but also serious letdown having gone through two AI winters and smaller episodes in between. It has received its fair share of black eyes but things are finally looking up.

In the past five years there have been more breakthroughs in AI than ever before, especially around machine/deep learning, and most importantly organizations are actually using these cutting edge technologies to solve real problems in the world. Look at how Google integrated machine learning into its search engine or Amazon’s Alexa using machine learning. This is really cool stuff!

The fact is, humans are physically only capable of so much and when aided by intelligent AI systems they can, in a sense, become superhumans. This is where a lot of confusion arises because people believe machines will take over though in reality they require a marriage between man and machine that enables the machine to perform, be corrected when it makes mistakes, and continue to learn/adapt over time.

In a nutshell, we aren’t close to having true artificial intelligence, but the ways in which AI is being applied in the real world shows that the grass is definitely greener on the other side and the hype of the past has led to something of real value.