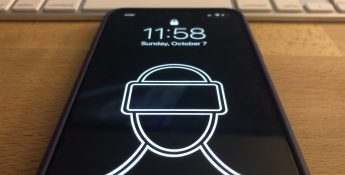 The new iPhone Xs and Xs Max have finally arrived after much anticipation, and while most people are focused on the amazing new camera, beautiful screens, etc. we have been geeking out about the iPhone’s machine learning features, which were highlighted in a recent announcement.

According to Apple, “The next-generation Neural Engine is built for advanced machine learning in everything from photography to augmented reality. A new eight-core design allows it to complete up to 5 trillion operations per second compared to 600 billion in A11 Bionic. This enables new capabilities like faster plane detection for ARKit and new features that use real-time machine learning.”

The announcement also added: “For the first time the Neural Engine is open to Core ML, empowering developers to build apps that utilize this highly efficient machine learning engine. Core ML running on the A12 Bionic Neural Engine is up to nine times faster than on A11 Bionic, with as little as one-tenth the energy usage.”

As a company that lives and breathes machine learning, namely deep learning, Apple further embracing the technologies is yet another sign of what’s to come. We’re most excited to see new apps being rolled out that take full advantage of the beefed-up hardware and we already have some ideas floating around.